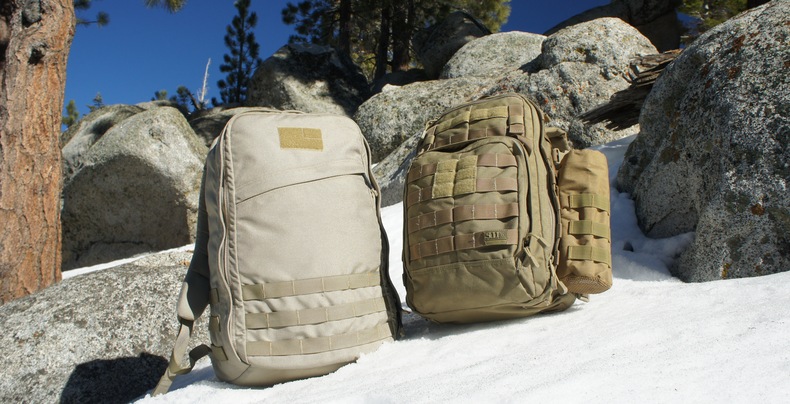 This post is tailored to civilian backpack nerds and folks with the “minimalist bug”, so if you travel a fair bit, or just hate boring black-colored luggage like I do, read on.

Preface - the minimalism bug and the backpack

Back in 2011, I got bit with the minimalism bug. I started getting rid of furniture, books (which is a whole other post), college toys, etc. The wacky thing about the “minimalism bug” is that at some point after you reduce your stuff down to less, you start obsessing about how to make those few things better - Is the fabric strong? Is the color of this something I could match with anything? It easily gets to a point where you have Ebay & Amazon alerts setup for hard to find items.

One of those few things was a backpack. Before the minimalism bug, I usually travelled with a small carry-on suitcase and a stuffed backpack, but even that felt too painful. When travelling with friends there were acts of playing suitcase-tetris with rental cars, and when riding with my parents through India, I still have a painful memory of stuffing a tiny rickshaw in the night with all our luggage and dealing with a disgruntled driver as it pressed against his back. So while getting rid of things over the past two years I’ve also tried five different backpacks - since the last two I’ve owned have been the only ones worth recommending, this is what I’m going to write about.

Let’s talk about the needs for a good ‘buy it for life’ backpack: 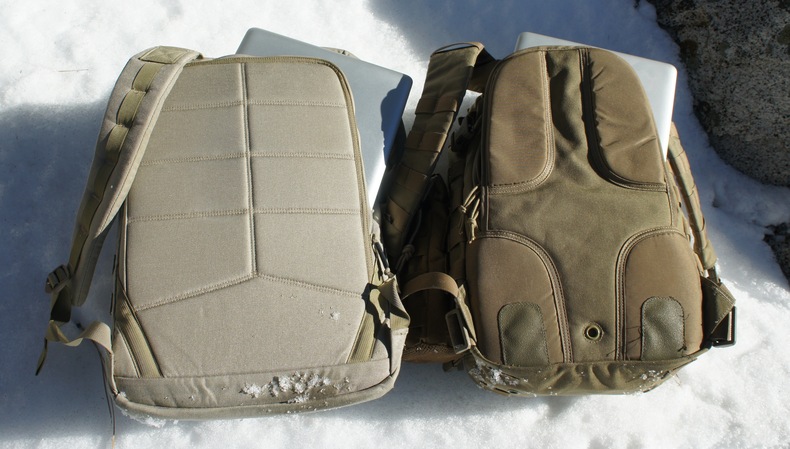 There’s a couple reasons for this. First, it sucks to have an entirely stuffed bag, then have to suddenly grab the laptop to look something up, or worse, to deal with the TSA.

Thankfully more packs seem to have this as a standard feature in recent years. That said, avoid the TSA-friendly packs. Usually they’re just made in a way that the separate section makes the pack feel less solid, and in other countries travel security will still make you take out your laptop.

Also, if you’re trying to do a single-backpack trip while that requires a second laptop, the GR1 and the Rush 12 both have areas in the main compartment to toss in the other laptop. Personally, I tend to carry a separate messenger bag just for consulting work stuff. Ideally, this would be some super-cool foldaway messenger bag, but I haven’t seen one I liked yet. Muji used to sell one that sometimes appears on ebay, and I occasionally use this one by Sea-to-Summit when a more traditional bag isn’t needed.

When I first started into single backpack travel, I remember obsessing more about rolling all my clothes up, then sliding them into the backpack. Being a lazy last-minute packer, I got tired of this. Furthermore, it tends to not work when packing in collared shirts for work & weddings. This is where having a backpack with a full-on zipper comes in. With this setup, it’s much easier to just lay the backpack down, open it up all the way, and treat it like a miniature suitcase. Plus, the overall weight of stuff can be more evenly distributed, making it a bit easier on your lower back.

Before becoming a backpack nerd, I rocked a 20 dollar backpack for my first single backpack travels, and it also saw a couple India trips. While it’s amazing it survived so much, after a few years the fabric became dangerously loose. Another “folding daypack” I briefly had fell apart after a single trip due to carrying it with a small laptop.

This is more of a personal preference after dealing with more hip-looking backpacks. I think a good ‘buy it for life’ backpack tries to have a solid look, which means straps, zippers, and zipper pulls should ideally be the same color as the backpack canvas.

Usually most backpacks have one variant that meets this by being all black. But I hate black backpacks - they look like everything else, and make it harder to find wires tucked away inside.

Let’s back up to why I’m even writing this comparison. I originally owned the Rush 12 and was very happy with it for the year I owned it - It holds a 13” laptop perfectly in the hydration compartment. But then I got a 15” laptop which the Rush 12 can only hold inside the pack, which breaks the separation rule. One could get the Rush 12’s big brother - the Rush 24, but they just seem way too big for daily use - coming in at ~34 liters volume versus the Rush 12’s volume of 22 liters. The GR1 sits just a tad bigger than the Rush 12 at 26 liters.

With that out of the way, Here’s the main comparison points of the two.

Dealing with the GR1’s insane price.

To be brutally honest, I’m still not a huge fan of the GR1’s price at 300ish dollars. But after using it for nearly a year for commuter use, business trips, hikes, and the sudden weekend drive, I’ll say it’s worth it because it can potentially replace your luggage, your hiking pack, and work backpack. It can probably replace a 55 liter camping pack by bungee-cording a ultralight tent/sleeping pad/etc. outside to the molle.

With that in mind they do come up on ebay every few weeks, usually for about 30-60 bucks less.

5.11 is missing a market opportunity

The 5.11 Rush 12 came out in late 2011, and at the time met my needs better than their more ‘civilan-looking-but-ugly’ Covrt series, or the way bigger Rush 24. I feel like they could easily come out with a bag with a little less molle and some more civilian colors, while retaining their organization features and thick cordura fabric.

Both packs are great, but the Goruck is better if you’re willing to deal with it’s price and want a pack that feels more solid. I only wish the GR1 had a similar front organization pocket to the Rush 12, since when the GR1 is over-stuffed, you have to first unzip the main compartment to get to the GR1’s front pocket due to things being compressed.

Aug. 2014 Update: I still use and love the GR1, and recently figured out how to use it for bicycle touring (that’s for another post). If you liked this review and want to support the site, here’s an affiliate link to buy a GR1.